The Liebster Comes to Town 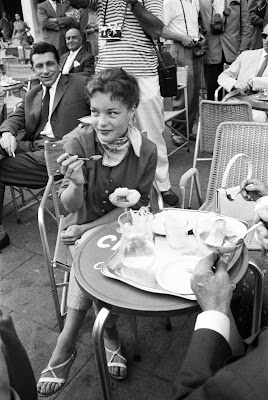 So a few weeks back, the delightful Karen at shadowsandsatin (a blog that all true fans of film noir should immediately bookmark) was kind enough to honor my blog with a Liebster Award. 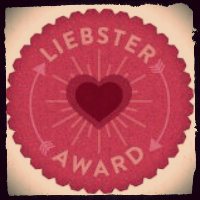 The Liebster Award, for those of you that have never heard of it, is a blogging award. I assume the name means something about "beloved" but other than that, the Liebster is kind of a mystery to me. It's sort of the grande dame of blogging awards. Every nine months or so, it makes a splashy appearance in the blogosphere, popping up in glamorous locales like Mythical Monkey's place. And much like the stereotypical grande dame, every season it arrives with an expanded waistline. It used to be that the rules of the Liebster were that you had to nominate 5 other worthy blogs to receive the honor. Now, the rules of the Liebster are as follows:

1. Give 11 random facts about yourself.
2. Answer 11 questions from the blogger that nominated you.
3. Give the award to 11 other bloggers.
4. Give your nominees 11 new questions to answer.

Well, I finally have the space and time to tackle this one, so here it goes. 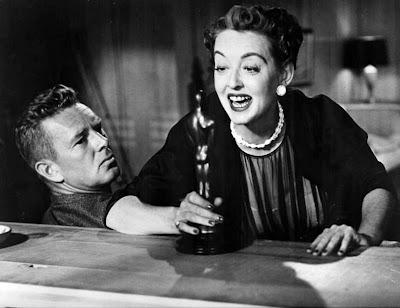 Come on, Oscar Liebster, let's you and me get drunk!

11 Random Facts About Me

1. My most treasured article of clothing is an embroidered Guatemalan vest that my mother bought in the States. As a kid, I was so in love with it that I insisted on posing for my second-grade school picture with it, despite the fact that it was several sizes bigger than I was. Still have it.

2. I have a framed copy of the first story I ever wrote. My mom caught me writing a few shaky sentences on yellow paper (I think I was about five) and saved it for me, in case I ever became a famous author.

4. I love The Tenant of Wildfell Hall more than Jane Eyre or Wuthering Heights. 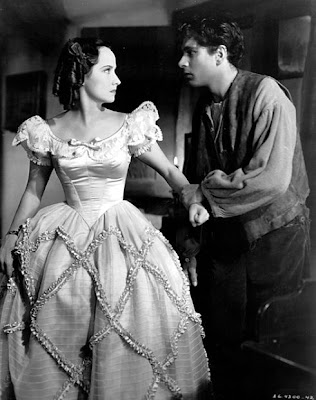 5. My biggest spelling pet peeve is the misuse of compliment/complement.

6. I have an utter fascination with the Mitford sisters, royal marriages (but only the arranged historical ones, couldn't care less about William and Kate), mythology, personality and aptitude tests, Robin Hood adaptations, and Victorian gaslight thrillers.

7. I don't feel fully dressed without a dash of perfume.

9. Most of my friends refuse to play Scrabble with me. Or the rest of my family for that matter since we're all ruthless and inexorable when it comes to that game.

10. I'm the child of a lawyer and a teacher. So I'm always torn between the love of debate and the desire for everyone to get along. 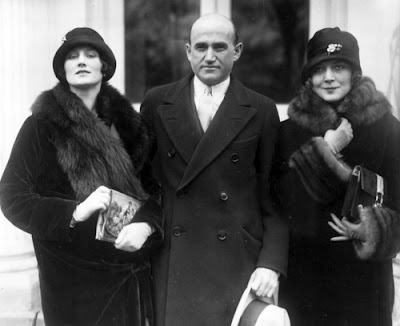 My Answers to Karen's Questions

1. What movie do you watch every time it comes on TV?

The Heiress is the first one that comes to mind. Not that it's ever on TV except for  occasional showings on TCM, but it's posted on Youtube and there have been times I told myself, "Okay, I just want to see the proposal scene" and I always ended up watching the whole thing right through to Olivia de Havilland's stalk up the staircase.

3. What classic movie star would you have most liked to meet?

Orson Welles. There are others I love better, but I doubt many of them were as memorable in real life as Welles.

4. What’s your most treasured movie or TV-related possession?

I suppose my copy of David Shipman's The Great Movie Stars-The Golden Years. Back in high school, I used to pour over the library copy of that one, staring in fascination at pictures of Norma Shearer, Ann Harding, and Joel McCrea. I didn't even know half the names, let alone the movies mentioned but that book enthralled me anyway. Like finding a door to Narnia. Then I went to college and forgot about Shipman until I discovered a copy of the book in a used bookstore. It was even better than I remembered.

5. If you could make a living doing whatever you wanted to do, what would that be?

Book editing. And if anybody wants to give me a job, they are welcome to leave a comment or drop me an e-mail. 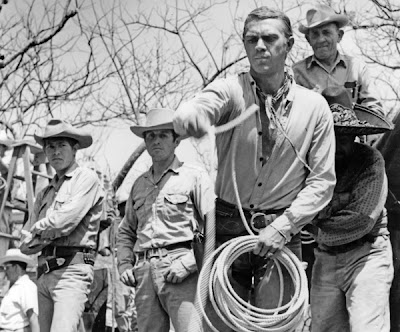 7. Have you ever had an encounter with a movie or TV star?

Nope. Although my uncle reportedly dated one of the Indiana Jones actresses.

8. If you could program a perfect day of movies on TCM, what would be the seven films on your schedule?

Daughter of Shanghai: Not really said to be much good, but I've been dying for the chance to see Anna May Wong and Philip Ahn together, in a rare case of two Asian actors being given lead romantic parts in a 1930s Hollywood film.

Stage Door: Seen it twice but I love it so much. "Unfortunately I learned to speak English correctly." "That won't do you much good here, we all speak pig Latin."

Woman on the Beach: Because I love Joan Bennett and Robert Ryan and I've been wanting to see this one for ages.

Senso: Lush, operatic and so beautiful to look upon. The film that made me realize the greatness of Alida Valli.

Executive Suite: One of the few Barbara Stanwyck films to keep eluding me. Plus, it sounds like one to add to my list of "Movies that show Robert Wise deserves to be remembered for more than The Sound of Music and the endless debates on who killed the The Magnificent Ambersons."

They Live By Night: Another film noir that never seems to pop up on TV or online. And I very much want to see Farley Granger and Cathy O'Donnell as doomed lovers.

The Band Wagon: To end the day on a high note. 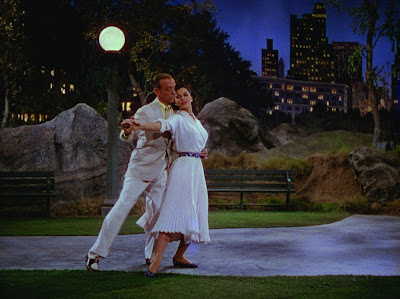 9. Who are your top five favorite fictional characters?

I assume we're still talking about movies here? Well, at any rate, I'll just give the first five to pop into my head.

Stella from Rear Window. "He'd better get that trunk out of there before it starts to leak."

Dorothy from Gentlemen Prefer Blondes. I guess I just have a thing for brunettes that can snap out one-liners like nobody's business. "Nobody chaperones the chaperone--that's why I'm so right for this job."

Ninotchka from well, Ninotchka. Could so easily have been a caricature but Garbo imbues her with such warmth and dignity and passion that it's impossible not to fall for her.

Phil from Groundhog Day. One of the best and most perfectly calibrated depictions of a cynic finding out life's meaning that I've ever seen.

Harry Lime from The Third Man. He was my introduction to the idea that with fictional villains, less is more.

10. What movie have you seen more often than any other?

Annie (1982). I'd like to point out that movies seen during one's childhood have an unfair advantage here.

Bette Davis. I love Joan Crawford in Mildred Pierce, A Woman's Face, The Unknown, and Grand Hotel (where she pretty much steals the entire movie), but overall, I think Davis had the better career. And she was in The Letter, one of my all-time favorites. 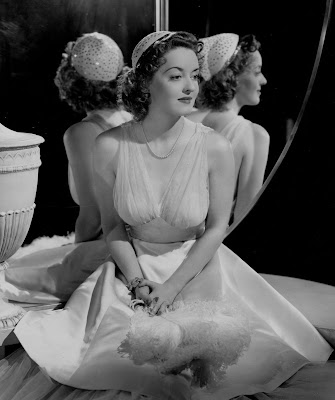 Now comes the hardest part, finding blogs to nominate. There are just too many fantastic ones to choose from! So I'll preface my nominations by saying that it's pretty much just a random selection of the many, many blogs that I cherish and admire. If I happen to nominate someone who's already been honored, consider yourself doubly appreciated! And if you're a nominee and you're eying that mountain of questions thinking, "Aww man, I don't have time for this," just stick your award on your blog and be done with it. These awards are meant for fun only. Now, let's get down to business.

A Shroud of Thoughts

My 11 Questions to my Nominees

2. What are your top 5 favorite movie scores?

3. What film gets your vote for "most perfect casting?"

4. Do you watch the Oscars?

5. Mother's Day is next month. Name 5 of the most memorable movie mothers (note that I did not specify good or bad).

6. What is your favorite "comfort movie" for when you're feeling blue?

7. What is a movie star/director collaboration that you wish had happened but never did?

8. If you could choose any movie star, past or present, to star in the biopic of your life, who would you choose?

9. Name an author that deserves more film adaptations of their work.

10. Do movie remakes make you cheer, shrug, or shudder?

11. What is your favorite "so bad it's good" movie-watching experience? 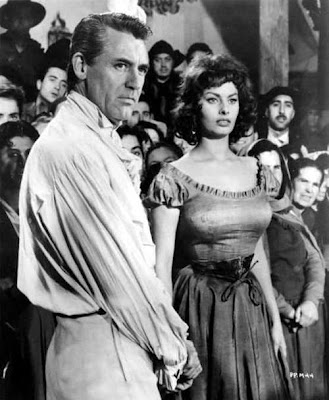 Well, that's all for now!

Note: The image of Romy Schneider at the top is credited to Pictures Blog.
Posted by Aubyn at 6:02 PM