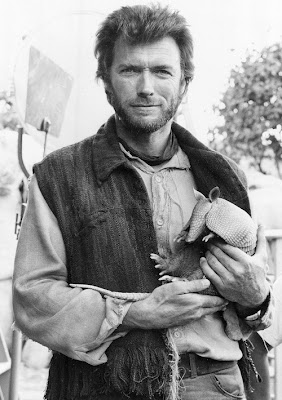 As random as Clint Eastwood holding an armadillo...

Before I get down to my reader's choice reviews (let me just say, the final results were...interesting) I thought it was high time I did a news post. Summer may be over but the movie bloggers aren't going to let it get them down. Every time I turn around, someone's posting a new blogathon. And it's looking like a particularly good crop this autumn. I'm a huge admirer of all the hosting blogs listed here and I'm so glad that they've decided to celebrate their personal movie passions. Please note that these blogathons all have open participation, so anybody who's interested can sign up. 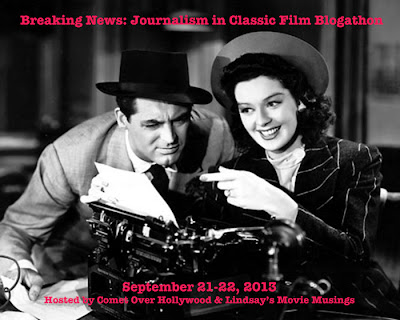 This weekend, we go to the presses. It's a celebration of those crazy, committed people that live to bring you the latest headlines. Jessica from Comet Over Hollywood and Lindsay from Lindsay's Movie Musings are holding a blogathon to celebrate journalists in the movies. From Cary Grant and Rosalind Russell battling their way through His Girl Friday to the scheming, ruthless Kirk Douglas in Ace in the Hole, journalists have always been a rich topic for movies. Whether they're trying to uncover the truth or twist it for their own purposes, the reporters know where the action is. And this Saturday and Sunday, it's all about them. 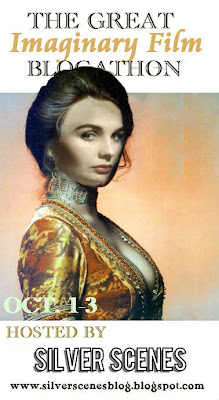 The Metzinger Sisters have been gracious enough to comment several times on this blog and I'm so happy they've decided to host their first blogathon. The Great Imaginary Film Blogathon is all about letting your imagination run wild. As they put it, "Here's your chance to gush about all those wonderful movies you wish were made but never were." Maybe you always wanted to see Wuthering Heights with Vivien Leigh in the lead (if you're anything like me that is). Maybe you want a Pre-Code adaptation of They Shoot Horses, Don't They? Maybe you just want to see William Powell play James Bond. In this blogathon, all these things can be yours. Follow the link to check out the possibilities. 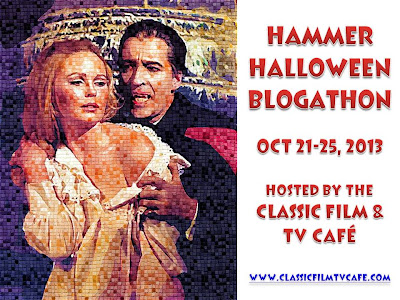 Here, we take the opportunity to share Halloween with the people that made it the most stylish event of the year. The Classic Film and TV Cafe is hosting a celebration of classic Hammer Horror to usher in this year's Halloween festivities. That means Christopher Lee and Peter Cushing. It means Oliver Reed, Ingrid Pitt, Michael Gough, and Caroline Munro. Heaving bosoms, staircases, capes, fangs, claws, unspeakable evil, all the good things that make up a proper Halloween party. See you there. 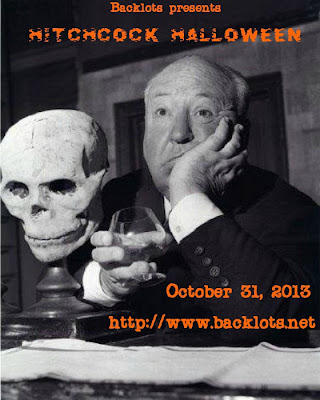 Of course, if classic monsters aren't to your taste, you can always take a trip to Backlots and celebrate an Alfred Hitchcock-style Halloween.  You can never have too much Hitchcock in your life (says the woman who wrote her college entrance essay on how much she loved Hitchcock movies) and Halloween is an ideal time to celebrate him. Put on your blonde wigs, pin a stuffed bird to your shoulder, grab a suspiciously Freudian purse, and take a trip with the Master of Suspense.

What a Character! 2013 Blogathon (Nov 9th-11th), Hosted by Outspoken & Freckled, Paula's Cinema Club, and Once Upon a Screen 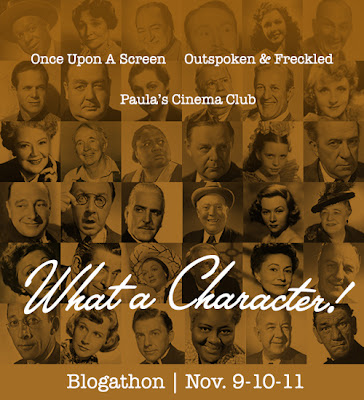 With characters like these, one blogathon could never be enough. The delightful hostesses of last year's What a Character! Blogathon have returned, this time with a cast of committed bloggers just as wonderful as the actors they're celebrating. Think how much duller the Astaire and Rogers movies would be without Edward Everett Horton's double takes and Helen Broderick's perfectly timed reactions (she's so good, she even makes the disappearing sandwich gag work). Think of film noir without Elisha Cook Jr. or Preston Sturges films without William Demarest. Think of Thelma Ritter in just about anything. It's time to give thanks to the people that made the movies shine.

The Chaney Blogathon (November 15th-18th) Hosted by Movies, Silently and The Last Drive In

I was all set to put the baby to bed, so to speak, when I got news over the wire that yet another blogathon had been announced. Two wonderful blogs, Movies, Silently, and The Last Drive In, are holding a blogathon in honor of the legendary Lon Chaney and Lon Chaney, Jr. The Unknown was the first silent movie I ever loved, so I'm tickled to death that the Chaney family is getting their own blogathon. Hurry and sign up for this one before all the slots are taken! 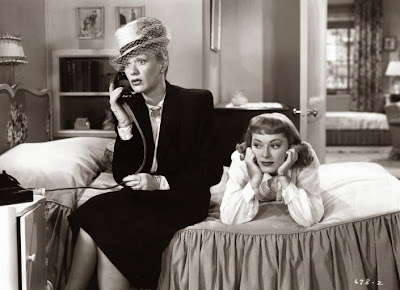 Well, that's all for now, folks! But stay tuned for more updates.
Posted by Aubyn at 3:09 PM