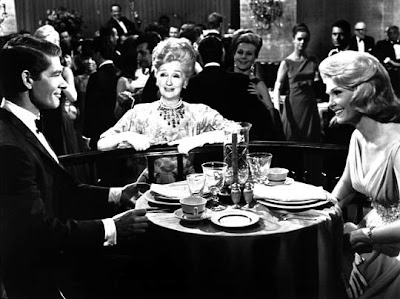 "Like a junkie shooting pure quicksilver into his veins, Frankie Rachel got turned on by the wildest narcotic known to man: success!"
Well, Tony Bennett said it best. I've just been awarded The Liebster Blog Award by the fabulous and fascinating FlickChick over at A Person in the Dark. Since I've long been a fan of her work, this is a special delight. If you aren't a follower of her classic film blog, you should be. Her writing is funny, insightful, and her affection for the Golden Age stars shines like a beacon.

I have to admit that I'm unfamiliar with the history of this particular award (other than the fact that it means "beloved"), but it's been circulating for the past few days. There are two official rules. I must link back to the blog that gave me the award (already done and happily so). And I must now send the Liebster Award to 5 other blogs that I consider worthy of the honor.

Before I name my 5 blogs, I do want to make it clear that my awards are meant in good fun and in the spirit of spreading love. For me personally, I like telling people about the blogs I enjoy and so, I consider this an opportunity to share my enthusiasm.  I understand that some people prefer not to mess with these blogging awards, for various reasons, and I'll respect it if you'd rather not accept the award. Also, please forgive me if I accidentally award someone who's already received one.  Consider yourself doubly blessed.

And now for my five honorees. Believe me, it was a tough decision.


Who Can Turn the World Off With Her Smile? Laura is one of the more versatile bloggers I know. Who else can go from a heartfelt explanation of why the Mummy is the most romantic movie monster to an exploration of early Vivien Leigh to an in-depth analysis of the Joker? I love that when I go to her blog, I'm never sure what to expect. Except that I know it'll give me something to think about when I leave.


Immortal Ephemera  Every so often, I say to myself, "You know what's awesome? Cliff over at Immortal Ephemera, that's what's awesome!" He's incredibly knowledgeable about all things classic-film related (as well as many things that aren't) and his treasury of memorabilia is amazing. Added to that, he's always willing to strike up a friendly conversation.


All Good Things I was glued to Monty's Classic Movie Actor Tournament this summer and I would occasionally come up to my friends with random non sequiturs like, "Hah, did you know that Alec Guinness is beating Marlon Brando?" (They were very confused, I must say.) But aside from that, Monty's blog is a haven for sharing enthusiasm over stars of the past and the films that made them great. It's like hot chocolate in blog form.


50 Westerns from the 50s I haven't really gotten around to discussing Westerns much on this blog. I do watch them, I swear. But it's lucky I have Toby's fine blog around to remind me of the many treasures to be found in the genre, as well as some of its more oddball offerings. Whether you love Westerns or hate them, you have to stop by this blog.


Comet Over Hollywood Where else could I find out the secret beauty tips of Bette Davis and Katharine Hepburn? But aside from old-school Hollywood glamor, Jnpickens is a thoughtful and sympathetic writer, always willing to dig through gossip and rumor without getting mired down in it. That's a rare gift, no matter what you're writing about. 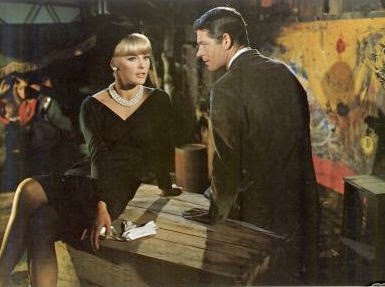 "Bye, Frankie Rachel! And I hope the Oscar Liebster Award keeps you warm on cold nights!"
Well, Elke Sommer, maybe it won't. But who could feel cold with such wonderful bloggers around? This is Rachel, signing off.

My apologies for all the shameless references to The Oscar. But hey, would you pass up the chance to quote from that movie?
Posted by Aubyn at 7:06 PM