It's that time of year again. The inimitable Dennis Cozzalio of Sergio Leone and the Infield Fly Rule has published another SLIFR Movie Quiz, this time in honor of spring and Sister Clodagh. This is not your grandmother's movie quiz. Any time Dennis makes a quiz, it is a palm-sweating, pencil-breaking, wake-up-at-3AM-thinking-of-the-answer-you-should-have-given test of cinephilia. I've posted my answers in the comment section of his blog as per his rules but I thought I would post here too, to give my readers a chance to see them. And to invite you guys to visit Dennis's blog and post there too.

4) What movie, real or imagined, would you stand in line six hours to see? Have you ever done so in real life?
The restored version of The Magnificent Ambersons in its original cut and I can see that I'm not the only one. 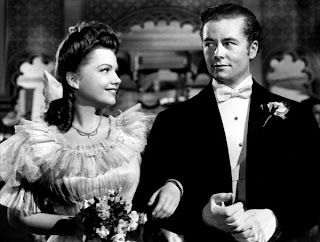 8) What moment in a movie that is not a horror movie made you want to bolt from the theater screaming?
One of the combat scenes from Black Hawk Down, can't remember which, because I had a splitting headache and oh God, it was seizure-inducing. 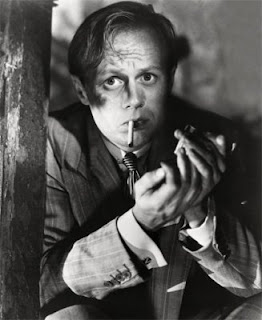 10) Best movie Jesus
Robert Torti in Reefer Madness: The Movie Musical (2005) . For serious Jesus, I suppose I prefer the way his presence is handled in Ben-Hur.

11) Silliest straight horror film that you’re still fond of
I'm not really up to speed on true campy horror so I'll say The Fly (1958). 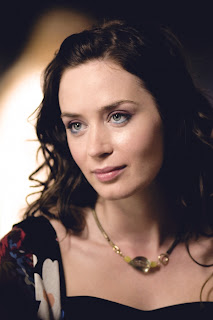 13) Favorite cinematic Biblical spectacular
Ben-Hur. We watched it in my seventh-grade homeroom class, over the course of several days like a movie serial and I still say, big screens aside, that is the proper way to watch it. (Will Judah ever reunite with his family? Tune in tomorrow!)

14) Favorite cinematic moment of unintentional humor
Everyone and their accountant have made fun of this already but yes, the "I hate sand" dialogue from Attack of the Clones.

15) Michael Fassbender or David Farrar?
Fassbender is a very attractive man and a fascinating talent no question, but David Farrar has three Powell and Pressburger classics to his credit. Advantage, Farrar. 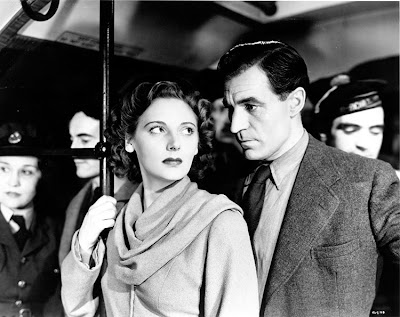 16) Most effective faith-affirming movie
Groundhog Day could  affirm pretty near any faith.

17) Movie that makes the best case for agnosticism
I've pondered this one for some time and come up blank.

18) Favorite song and/or dance sequence from a musical
For solo dance: Gene Kelly's "Singin' in the Rain"
For pair dancing: Fred Astaire and Rita Hayworth, the "I'm Old Fashioned" number from You Were Never Lovelier
For dance as emotional narrative: The final dream sequence from Lili


21) Movie most recently seen in the theater? On DVD/Blu-ray/Streaming?
Theater--War Horse. On actual DVD--The Magnificent Ambersons. On streaming--Robocop.

22) Most unlikely good movie about religion
The Truman Show

23) Phil Silvers or Red Skelton?
I really don't have a horse in this race.

24) “Favorite” Hollywood scandal
Favorite? The William Desmond Taylor murder remains one of the most fascinating, I guess. 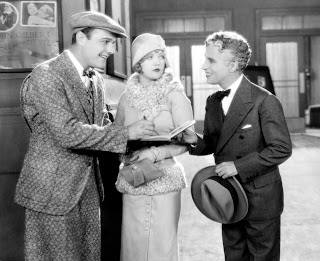 27) Name something modern movies need to relearn how to do that American or foreign classics had down pat
Exposition, especially when it comes to pacing a film. Hollywood could learn so much from watching some of those good old snappy 70-minute programmers and how expertly they sum up the characters and the situation.

28) Least favorite Federico Fellini movie
Since I'm pledged to honesty, the only Fellini film I've seen is La Dolce Vita. You are now welcome to stone me to death with DVD copies of 8 1/2.

30) Mary Wickes or Patsy Kelly?
Mary Wickes ("Dora, I suspect you're a treasure.")

32) Your candidate for most misunderstood or misinterpreted movie
Network. How many times have we heard some pundit misappropriate the "I'm mad as hell speech" now?

33) Movie that made you question your own belief system (religious or otherwise)
Before watching The Unknown (1927), I was convinced I'd never wholeheartedly enjoy a
silent film. 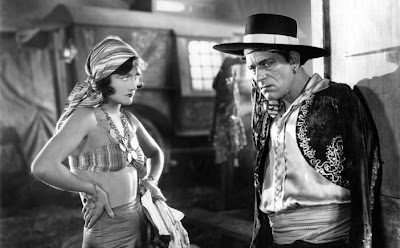 Well, that's all for now, folks. Now if you'll excuse me, I have some frantic film renting to do.
Posted by Aubyn at 5:13 AM