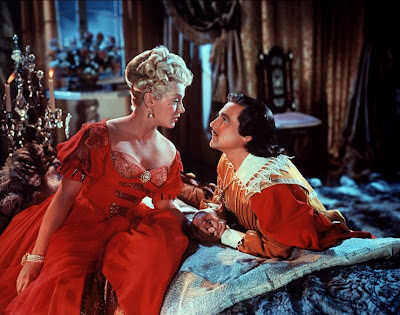 The blogathons are coming, Milady


After a long, cold season, the blogathons are sprouting up everywhere. I've been planning a news post for a while, but each time I go to click "publish," someone announces a new event. Anyone who follows me knows that I love blogathons. Even more than I love hearing the sound of my own voice, I love the conversation. I love the chance to jaw with fellow film fanatics and find out what they've got to say. So here's a relatively current list for the moment. And yes, I've signed up for quite a few of these.

For the Love of Film: The Film Preservation Blogathon III (May 13th-18th), Hosted by Ferdy on Film, This Island Rod, and The Self-Styled Siren, Facebook page here 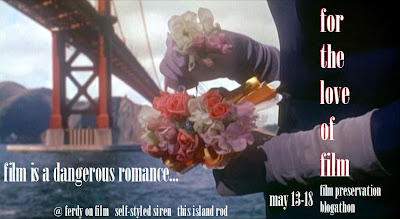 The annual Film Preservation Blogathon has pulled into town again, like an old and elegant past acquaintance, promising a round of drinks and some exciting new stories. Each year, this blogathon offers film lovers a chance to use their talent, time, and money to save the many lost and languishing films out there. Last year, the blogathon tackled film noir, earning the money to restore the 1950 film The Sound of Fury. The year before that, the topic was film restoration and the goal was the salvation of previously lost silent films. For 2012, the topic is Alfred Hitchcock and the goal is the restoration of 1928's The White Shadow, directed by Graham Cutts, with the enthusiastic help of his assistant director Alfred Hitchcock.


"NFPF estimates that it will cost $15,000 to stream The White Shadow for four months and record the score. It is the mission of this year’s For the Love of Film Blogathon to raise that money so that anyone with access to a computer can watch this amazing early film that offered Hitchcock a chance to learn his craft, with a score that does it justice."

But it isn't just about money, it's also about the blogging, which is open to everybody who's interested:


"Remember anything to do with Graham Cutts, Alfred Hitchcock, film preservation, film scores, silent films, etc. etc. etc. is fair game. The idea is to provide people with a sense of interest and excitement and get across why this project and film preservation in general are so important."

The Horseathon (May 25th-27th), Hosted by Page from My Love of Old Hollywood 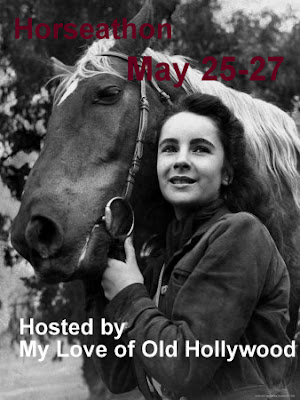 And now a little something for the animal lovers out there. The talented Page from over at My Love of Old Hollywood has cooked up a blogathon, devoted to the many fascinating, funny, and fearless equines that have lit up the silver screen, from Trigger to last year's War Horse.


"I thought it would be fun to do a Horseathon. There's been so many great films made that are either horse centric or revolve around our favorite western stars and their trusty sidekicks with hooves...Write about anything you want to as long as there's a horse involved. (Yes, if your favorite film had a rocking horse as part of the plot then that's fine too!)" For any silent film lovers who hoped that The Artist would restore respect to the legacy of artists like Douglas Fairbanks and King Vidor, the answer (in a true twist of Billy Wilder-style cynicism) was the demolition of the Pickford-Fairbanks Studios in Hollywood. Still, even if contemporary Hollywood seems determined to live by the motto of "Today, today, today," that's all the more reason to pay homage to one of cinema's great leading ladies and innovators, Mary Pickford.


"Mary Pickford was a funny, riveting and ridiculously entertaining performer. The little girl image may make her seem old-fashioned, but Pickford’s movies are alive; they pulse with her irresistible energy. These flicks are entertaining by any standards. It is easy to see why people loved her so much...So on June 1, 2 and 3, I invite you to send me new and previously-published posts about any aspect of Mary Pickford’s life and movie career." 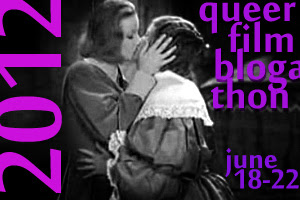 Here's another blogathon that has become an annual tradition, the Queer Film Blogathon, hosted by the always-delightful Caroline at Garbo Laughs, as well as her new co-hosts Ashley and Andreas. It offers an exciting mix of opportunities for bloggers to discuss non-cisgender representation onscreen. I participated last year and had a blast.


"Since last year‘s Queer Film Blogathon was such a tremendous, staggering, fabulous, amazing success, it’s only logical that we do it again this year. And so, I ever-so-proudly announce, the second annual Queer Film Blogathon, celebrating lesbian, gay, bisexual, trans, or otherwise non-heterosexual, non-gender-binary depictions or personages in film!" Have I mentioned that William Wyler is one of my favorite directors?  Dodsworth, Roman Holiday, The Letter, The Heiress, and Best Years of Our Lives are all on my all-time favorites list. That's not to mention the pleasure I get from films like The Little Foxes, How to Steal a Million, The Collector, Friendly Persuasion, Jezebel, and Ben-Hur. You can try to tell me that Wyler's overrated, that he's dry or overly polished or that Andrew Sarris doesn't  like him. But you might as well try to tell me that ice cream tastes like sawdust. I'm sorry to say that this blogathon isn't accepting any more entries, but bloggers are still welcome to stop by, comment, and add their applause for Wyler.


"The Movie Projector is hosting a blogathon June 24-29, 2012, honoring William Wyler, one of the great directors of Hollywood's studio era...Between 1925 and 1970 he directed seventy-one films, working in nearly every genre. Wyler was known for the demands he made on actors, sometimes shooting a scene thirty or forty times, but also for the quality of the performances in his pictures. Actors working in his films received thirty-one nominations for the Academy Award in the acting categories and won thirteen times. Wyler was nominated for the Oscar as best director twelve times, more than any other person."

The Best Hitchcock Movies (That Hitchcock Never Made) Blogathon (July 7th-July 12th), Hosted by Becky from ClassicBecky's Brain and Dorian from Tales of the Easily Distracted 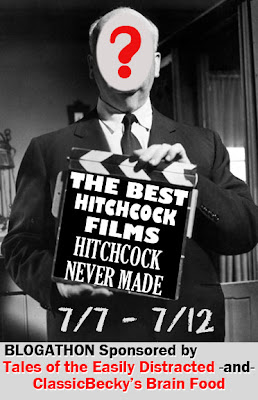 As if an actual Hitchcock-centric blogathon wasn't glory enough, we're also getting a blogathon to honor those films that feel "Hitchcockian." For everyone who's ever sat down to a spine-tingling thriller and had that moment of, "Hmm, this seems a little familiar." In the words of those bewitching bloggers Dorian and Becky:

"...Simply a fun, casual blogathon open to all who love Hitchcockian (as opposed to just Hitchcock) movies, and wish to participate. Again, the idea is to not review Alfred's own films, but those that have a Hitchcockian feeling and Hitchcockian elements in them.  For example, North by Northwest shares a lot of themes with The Prize (1963), Psycho surely inspired DePalma's Dressed to Kill (1980) not to mention more than a couple more. A film doesn't have to be based on or inspired by any particular AH film, either: Charade (1963) and Arabesque (1966) certainly have the freewheeling terror that a great Hitchcock film does." 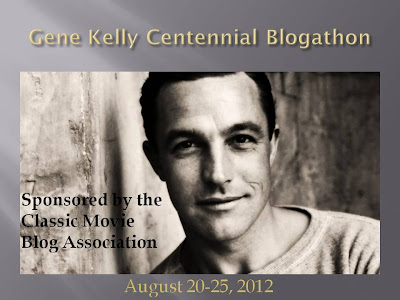 It may be coming up on one hundred years since Gene Kelly came into the world, but it sure doesn't feel like it. When I watch a clip of Kelly dancing on roller skates in It's Always Fair Weather or of him planting big smacking kisses up Jean Hagen's arm, I don't feel like I'm watching an entombed legend. I feel that shiver of recognition, that feeling that this performer is still real and vivid and part of us. That's what a great artist can do. This blogathon is restricted to CMBA members only but that still means a whole host of riches for Kelly fans and movie lovers.

Has all this given you an appetite for blogging?