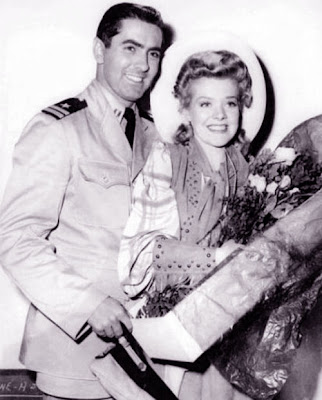 Happy Birthday, Tyrone Power and Alice Faye (May 5)
I'm lucky enough to share my birthday with not one but two major stars. Tyrone Power was born May 5, 1914 in Cincinnati, Ohio and Alice Faye (Alice Leppert in real life), on May 5, 1915 in New York City. Even more lucky for me, my fellow 5-5ers made two movies together: In Old Chicago and Alexander's Ragtime Band. So to celebrate this year, I'm treating myself to a viewing of In Old Chicago, the review of which I'll post up here. Alexander and I have a date for next year.