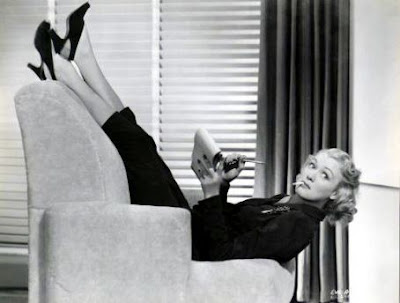 Fifteen Movies Question Meme
from Defiant Success
I'm jumping on this one before it goes away since I can no more resist a good movie meme than I can a free chocolate truffle. From Defiant Success Blog, a fifteen-question meme. Since Meredith at Forever Classics and Clara at Via Margutta felt free to tag anyone who wanted to do the meme, I will answer the invitation. And anyone who stops by the blog, consider yourself invited to do the same.

1. Movie you love with a passion.

There are many, many, many movies I love with a passion. But since you're only asking for one movie, how about My Fair Lady? It seems to need a little passion these days since it's become one of those "uncool" classics. A lot of people despise it for taking Best Picture instead of Dr. Strangelove, for putting Audrey Hepburn and Marni Nixon over Julie Andrews, and for being one of those lumbering, studio-bound musicals right as the genre was dying. And yet I love it, love Audrey Hepburn in it, love its beauty and never-never land vision of Edwardian London. It's one of those movies that I inevitably feel compelled to finish, no matter what else I should be doing. It's been one of my favorites since childhood, one of the first movies to turn me on to what movies could do. 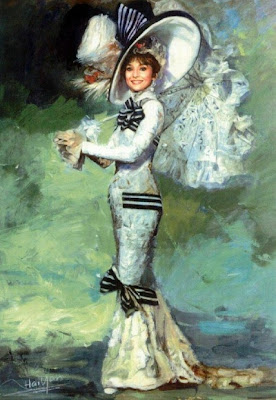 2. Movie you vow never to watch

I rarely make these kind of vows, but I think it's safe to say that The Human Centipede and I are destined never to meet.

3.  Movie that literally left you speechless.

That's a hard one since movies that impact me strongly are much more likely to leave me babbling to anyone who'll listen rather than striking me mute. Certain endings have left me gaping at the screen, like Caught or Criss Cross (both 1949, oddly enough). 2001: A Space Odyssey, definitely. Vertigo left me haunted for days afterward. 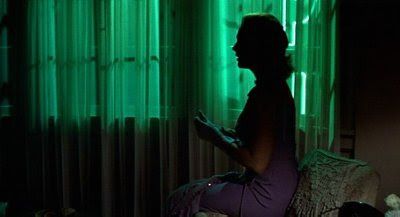 Since old movies are my passion, it's hard to recommend classic films that movie buffs don't already know and that non-movie buffs won't refuse to watch. But one film classic that remains sadly more obscure than it should is William Wyler's Dodsworth from 1936. One of the best examinations of a failing marriage that I've ever seen and a great showcase for Wyler's talent with actors. 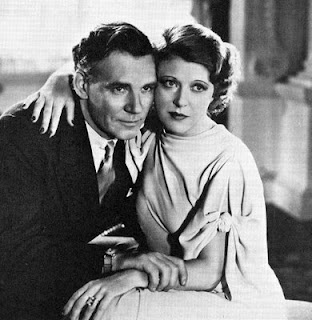 5. Actor/actress you always watch no matter how crappy the movie.

For the men, Jimmy Stewart. For the women, Barbara Stanwyck. 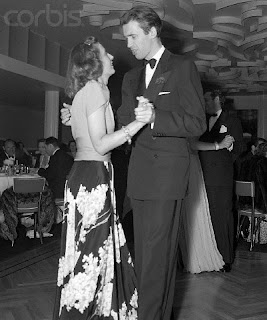 6. Actor/actress you don't get the appeal for.

I don't hate Spencer Tracy, but I'm continually baffled by the way his contemporaries talked about him, as if he were Moses bringing the holy tablets of acting down from Mount Sinai.

David Niven, because he was a great raconteur. Arlene Francis, Orson Welles, Michael Caine, Jon Stewart, Shirley MacLaine, Carole Lombard, Myrna Loy, and Angela Lansbury. Note that I'm trying to pick the ones who seem like they'd be fun in real life.

James Mason. He could make a documentary on watching paint dry seem sexy to me. 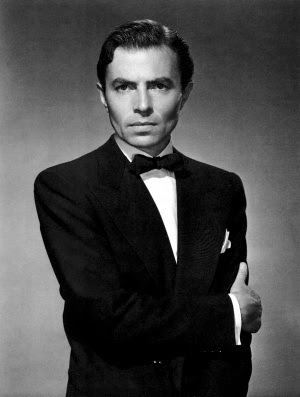 How about an adaptation of one of my favorite Victorian novels, The Woman in White? With Ida Lupino as Marian Halcombe, Jean Simmons as Laura Fairlie, Vincent Price as Sir Percival, and Sydney Greenstreet as Count Fosco. Lupino's too pretty for Marian and Simmons isn't blonde, but whatever. Note that I'm not paying one jot of attention to accents. And yes, I know Greenstreet was Fosco in a 1948 film version, but I haven't seen that one yet. Although it did have the intelligence to cast Agnes Moorehead as Countess Fosco.

Just one? How about some of the less talked-about pairs? Joseph Cotten and Orson Welles, Barbara Stanwyck and Fred MacMurray, Gene Tierney and Dana Andrews, Joan Bennett and Edward G. Robinson. 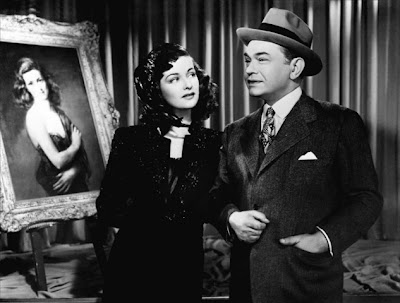 Rick's Cafe in Casablanca. Somehow the talents of Michael Curtiz, the film's many scriptwriters, and the Warner Brothers stock company combine to make a refugee's cafe in wartime seem like the coolest, wittiest, most romantic place in the world. 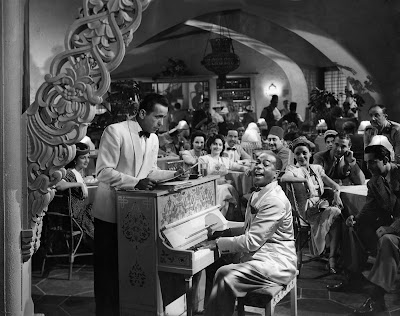 The 1940s. So many of my favorite movies seem to cluster in that decade and while it had some real stinkers, it was also a treasure trove of snappy dialogue, visual sophistication, and emotional depth. It was also the golden age for certain genres, like film noir and romantic fantasy.

All three of course, but I especially love it when movies are able to craft an intelligent, compelling hero or heroine. Villains are a lot easier. To make goodness as interesting as evil, that takes talent.

You want me to choose between this: 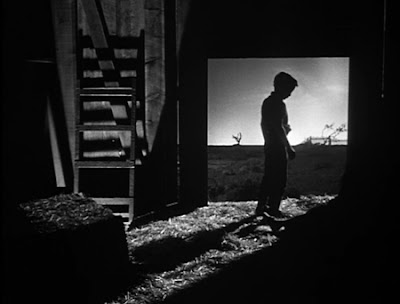 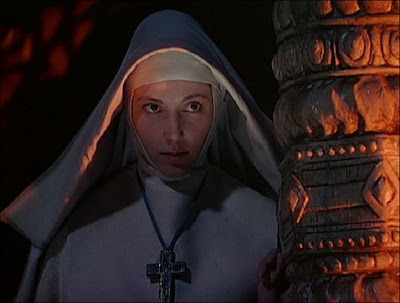 Well, those are my answers. I'd love to hear other people's answers, if anyone's in the mood.